A Choir Sings Out Loud and Strong 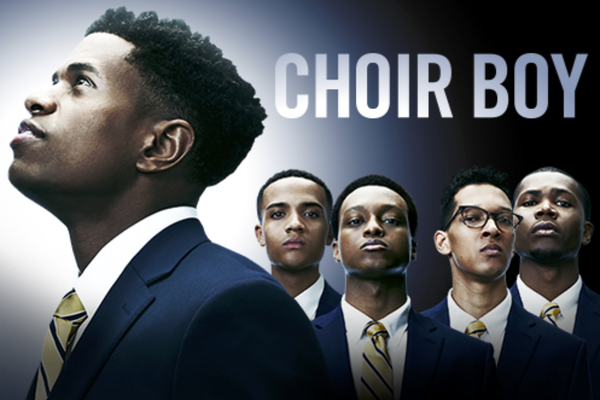 The Charles R. Drew Prep School has been graduating gifted music majors for fifty years. It opened when the Vietnam was raging in Southeast Asia. Throughout all of those years, and all of its headmasters, it has maintained its prestige mainly because of its well-known choir, made up of some of the most skilled singers in America. Year after year, the boys would graduate after four years of superior singing and studies to enroll at America’s very best colleges.

This year all hell breaks loose behind the ivy-covered walls of Drew. Gay boys in the choir fight with each other and the straight singers, too. Jealousies and hatreds rise to the surface. One talented singer, Pharus, insists that he is better than everybody else and struts across the stage all night. The problems are so great that a teacher is brought in to teach ‘creative thinking’ in an effort to restore calm to the choir and he fails at this job. What to do?

The play, that opened last week at The Samuel J. Friedman Theater in New York, is the story of eight singers - seven African Americans and a white boy, David, who has a fascination with Biblical heritage - an overly strong fascination. They sing together, they argue together and they make amends together in this very impressive play with soaring music and singing written by Tarell Alvin McCraney.

The play is a roller coaster of emotions and says a lot about youth history and racial history and in many new ways. As an example, there is a marvelous discussion between the boys over what slave era African American songs meant to the slaves in the 1850s and what they mean to African Americans today. Did the lyrics cry out for an escape from bondage then and now or were they just lyrics and nothing more?

The highlight of the play is a searing argument over the ‘n’ word. The old, white creative thinking professor flies into a rage when one African American boy uses the word in yelling at another African American. The white professor tells them that they don’t know their history and the great struggle that has been going on for racial equality for hundreds of years.

The richness of the play, that also has some sharp humor, is not any one scene or one actor, though. It is the choreography by Camille A. Brown and the choir’s joyous singing of music by Jason Michael Webb.  It is one of the best choreographed plays I have ever seen and the choreography is really, really different. The conclusion of each song brings joyous roars from the audience.

Choir Boy could be a drama about any prep school, or any high school, in America. It is about teenage boys growing up between classes amid a myriad of racial and sexual tension. In the end, too, these teenagers who thought school and life was so easy, are confronted with the severe penalties they have to pay for their behavior.

Director Trip Cullman has done a wonderful job of telling a taut drama full of angst and hope and, at the same time, weaving in the song and dance numbers. The result is a very pleasing show. He gets fine work from his performers -- Chuck Cooper as the headmaster, John Clay III as Anthony, Nicholas Ashe aa Junior, Caleb Eberhardt as Davis, the only white singer, and J. Quinton Johnson as Bobby. The extraordinarily gifted Jeremy Pope plays Pharus. He is a wonder as both a singer and actor and a young man struggling with his homosexuality.

The play has some minor problems. The plot is a bit choppy and you must pay careful attention to the story as it unfolds. There does not seem to be a strong reason to bring in the white teacher. There are pieces of the story that are left out. You never learn, as an example, whether this is a prep school that has a choir or a music school whose choir is an important part of the program. You are told that the white kid has to keep his grads up to stay in school but that the others, for some reason, do not. It is stressed that they are “legacies,” or students whose parents attended the school, and that are safe no matter what they do (that’s not really true. The sex in the play comes and goes and you are not sure of  peoples’ relationships and how they developed until late in the play.

Even so, Choir Boy is a powerful drama about the coming of age of a group of superbly talented and at the same time supremely distraught young men.

It is a song to remember.